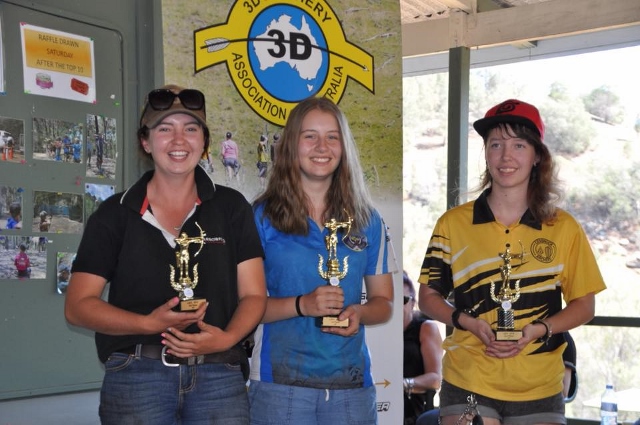 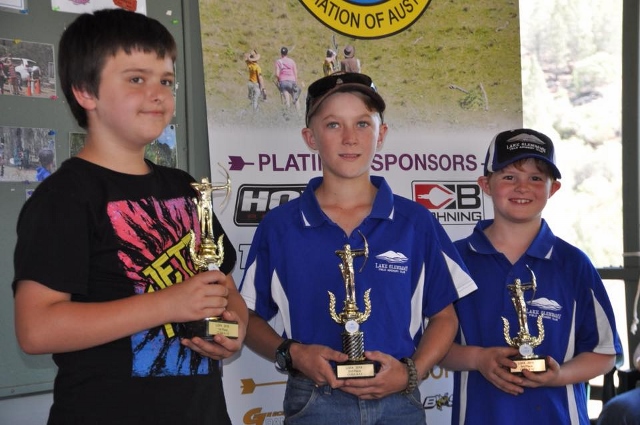 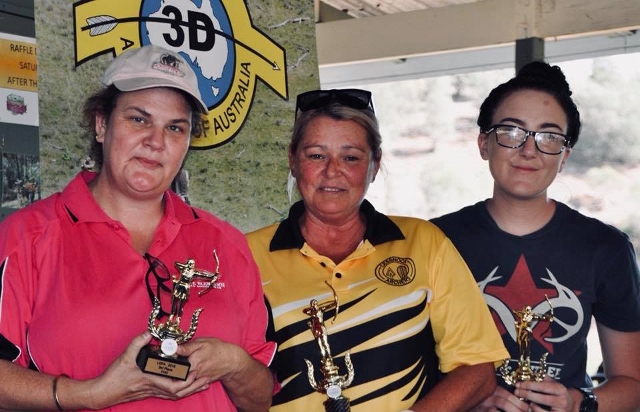 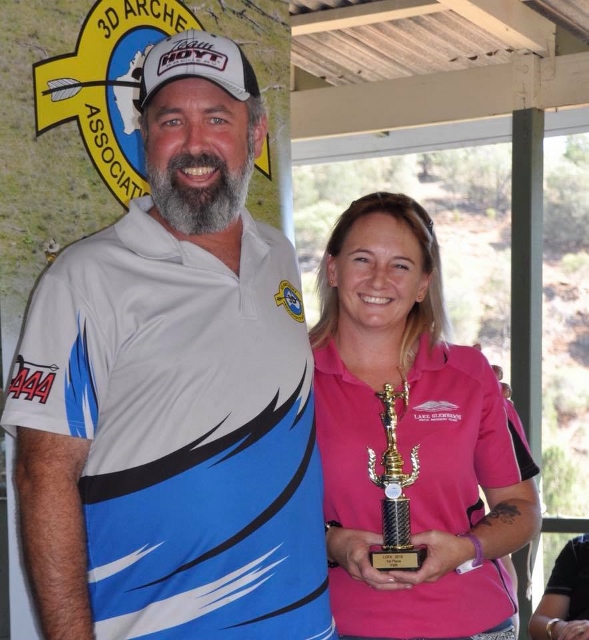 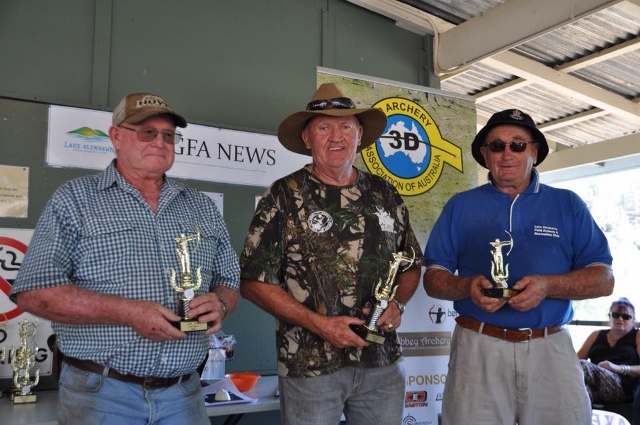 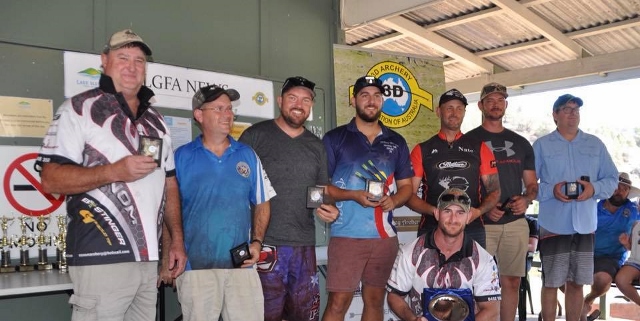 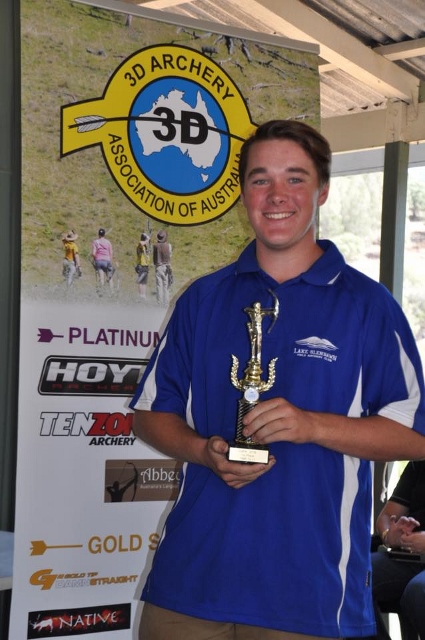 Lake Glenbawn Field Archers’ (LGFA) annual sanctioned shoot was held on the weekend of April 7 and 8, 2018.  A total of 82 archers came from near and far to compete in the event which was held at Camp Kurra-Keith within the Lake Glenbawn recreation area.  This turn-out was rather impressive considering many hunters were busy on the rut and ABA shooters were slowly making their return road trip from the National Safari held at Alice Springs over Easter.
The top-ten was held on Saturday afternoon with Ben Doyle emerging as the eventual winner after a hard-fought competition.  The raffle followed with many more winners walking away from the table with a smile on their faces.
The weather was extremely kind with both days sunny and mild.  The small but hard-working LGFA committee had once again prepared five high class ranges that tested the endurance and mental toughness of the competitors. The steep and hilly terrain provided a wide range of challenging shots which resulted in only three archers scoring a perfect one-hundred round throughout the weekend (Isaac Scarr, Jamie Bradshaw and Alex Elvin), prompting range-master Garry Dawson to announce that the winner of the weekend was undeniably the ranges.
Huge thanks to 2nd Muswellbrook Scout Group for their wonderful catering services during the weekend.
LGFA looks forward to seeing all shooters once again at our second annual shoot, the Wingen Matchplay to be held in September.