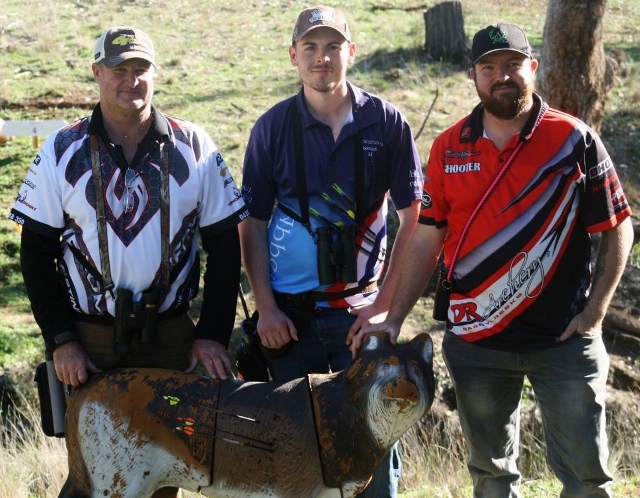 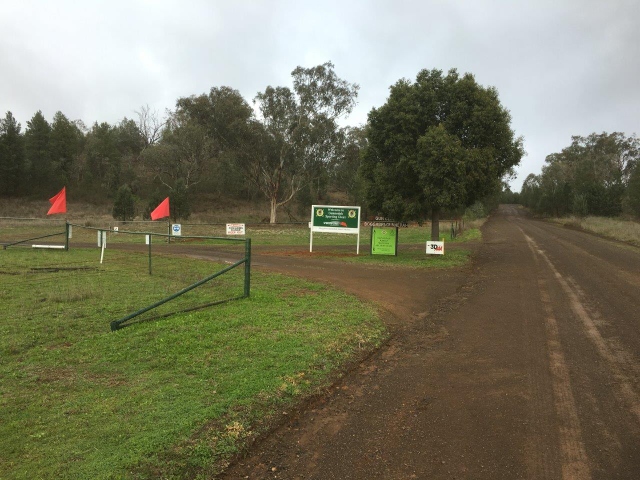 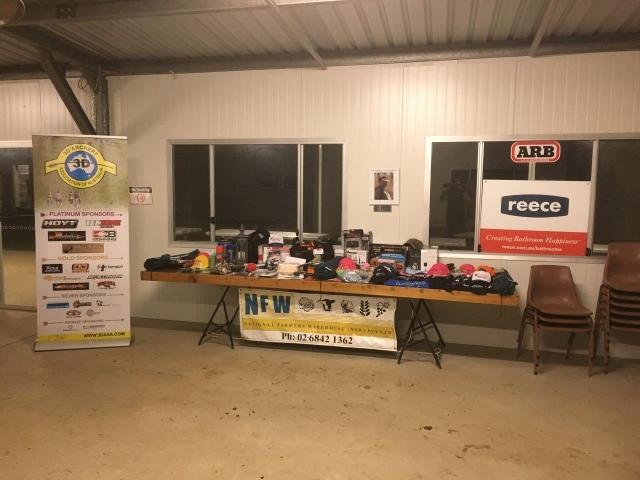 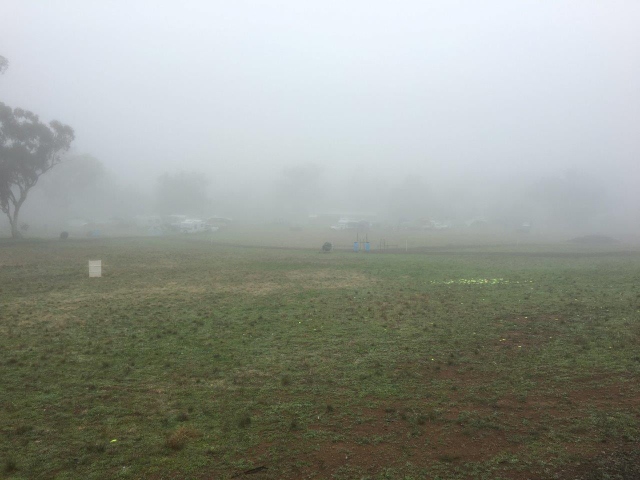 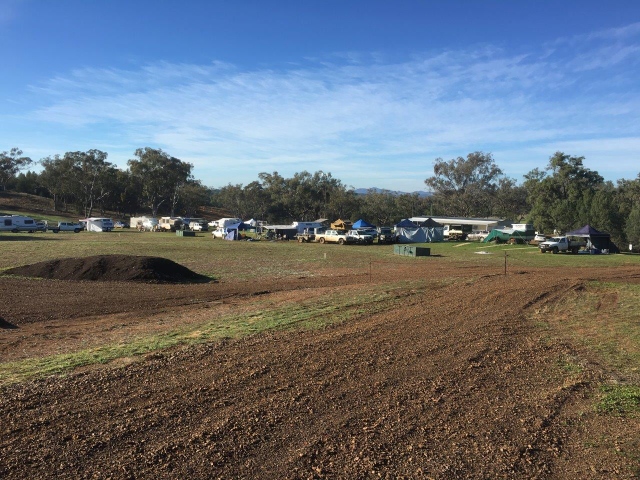 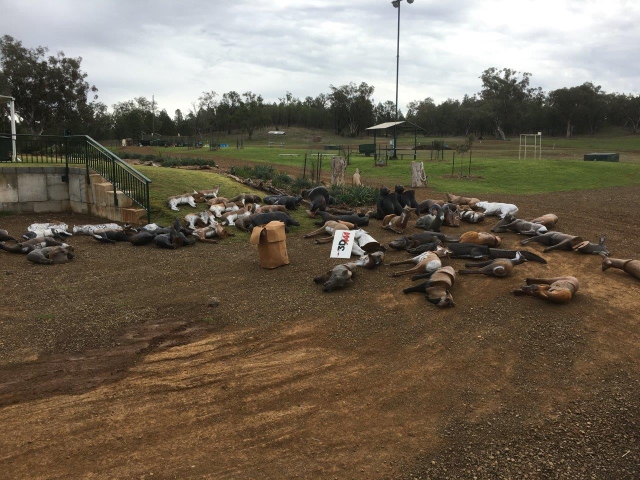 Being the newest 3DAAA affiliated club, Gunnedah was the location for the next NSW state series shoot, held over the weekend of the 9th -10th July, on the club grounds situated near Lake Keepit. Gunnedah Arrow Slingers has only been established since January of this year, with the express intent of hosting an inaugural sanctioned shoot in its first year of affiliation. The club was set up with the purpose to encourage & promote cross participation between archery associations in the Archery Alliance and without.

The club has been kept very busy this year with a small but dedicated crew setting up club ranges, trying to encourage/establish new members with club shoots all the while setting out and cutting in 5 competition ranges on top of carrying out all the usual shoot arrangements to ensure the success of our inaugural shoot.

The original shoot date was put down as the 21st August, which would have been a tight but comfortable time frame, but due to calendar & scheduling issues this date was pushed forward to the only other available date, that being the 9th -10th July, adding extra pressure on the club to complete arrangements within the shortened time frame.

The club was lucky when they initially approached another local club, in being able to negotiate an arrangement with the Gunnedah Sporting Clays for the use of their exceptionally well established club grounds, which included a club house with kitchen, generator, large camping areas, gas showers, flushing toilets as well as over 100 acres of varied bush terrain ideal for setting up archery ranges.

The week leading up to the shoot saw a hive of activity from club members, setting out and positioning targets, setting up range signage, safety rope/barriers and a myriad of other jobs, all the while with rain, cold weather and gusting winds, leaving club members apprehensive, but with the forecast over the shoot being for no rain, reasonable temperatures & light wind, everyone had their fingers crossed for a successful weekend.

The camp grounds started to fill up from the Thursday, with some choosing to stay in the cabins at Lake Keepit Recreation Park and still others utilising accommodation in Gunnedah, with everybody pleasantly surprised at the quality of the grounds. Friday night and Saturday morning nominations were a busy affair, with archers even rolling up on Sunday to shoot, taking the overall total to 119 shooters signed up for the weekend, which was a fantastic result for our first shoot. The club would like to take this opportunity to thank the 3DAAA and the ABA archery communities for turning up to the shoot, some travelling quit a distance, to show their support for our new club. The club has received many overwhelming compliments from shooters about the quality of the ranges, facilities and canteen, with everybody impressed with what the club has achieved and presented in such a short time, ‘shoot of the year’, and ‘better than Moonan Flat’ were some of the flattering comments, leaving the club members basking in a warm glow of satisfaction from a job well done. The club was also able to secure some great prizes on our raffle table, thanks to some great local and archery business donations. There were many highly sort after prizes on the table, with one father reporting his son had been offered a UHF radio for a particular fox whistle, which he declined.

Saturday morning saw a heavy fog which had rolled in overnight, blanketing the entire area, reducing visibility and the desire of many to venture forth from the warm glow of their camp fires. As the fog started to lift around 9:30am, the day improved tremendously turning the remainder of Saturday and next day Sunday into great days for shooting these new ranges. With the proof being all in the pudding as they say, range master Nathan Murrell, ably assisted by Bernie Hayne presented 5 varied and challenging 3D ranges, utilising the best of what the terrain had to offer, in an attempt to confound, confuse and bewitch shooters. With the result of all this enchantment being that only 4 perfect scores were recorded for the weekend, two of those going to Jamie Bradshaw, one Saturday & one Sunday and one each to Alyssa Mollema and Matt Bradshaw on Sunday.

The top ten shoot off, usually conducted on the Saturday afternoon as the result of that days scores, had to be postponed to the Sunday due to the fog delaying Saturdays start time. The Gunnedah top ten consisted of the best 10 archers from the sighted and unsighted divisions shooting off against each other in front of a gallery of spectators.

The unsighted top ten was won by Paul Brown, in the second round, with a great shot on the brown bear, just under max distance, to wrestle the title from Jeff Thompson from Grafton and Brian Turner from Woy Woy. In the sighted top ten there were three shooters left standing after the first round with Skippy Shorten, Alex Elvin and Jamie Bradshaw going into the shoot off for the title. Skippy was first to shoot, disappointed with his shot, pushing it high, into the 8 zone, next was Alex with a great shot, resulting in his arrow placed high in the eleven ring, looking every bit the winning shot and placing all the pressure on the last shooter Jamie Bradshaw to come up with the goods. But, with the steely nerve of a surgeon and more akin to a laser guided strike, he surgically implanted his arrow to the centre of the 11 zone, to take the victory with one of those long remembered shoot off moments.

Jamie completed his weekend of great shooting, taking out top honours in MBO from Grant Elsley and John Mollema. Other results saw Nicola Alam score a close win in FBO, from Chloe Warner and Jenette Harvey. Jake Collins had a convincing win in MBR. Glenys Allen continued her dominance over her beau in RU, with Karl Peck a close second, followed by Estelle Boshoff. Lachlan Scott continued his good form, scoring a victory in the always close HC division, with Jamie Gilroy second, one point in front of a strong finishing Luke Collins. Natalie Henderson was over the moon with her third placing in FHC, as she has only been shooting for a short while. The YF division saw the girls shooting some very close, competitive scores, with Bridget Ryan first, Haylee Murrell second and Sarah Keene third, and in a pleasing result for the club the nominated team of Lachlan Scott, Bridget Ryan and Haylee Murrell took out first place in the club team event. Full results are available from the 3DAAA website.

Gunnedah Arrow Slingers would like to give a big thank you to the 3DAAA committee and the following businesses for their generous support, without whom this inaugural event would not have been so successful.