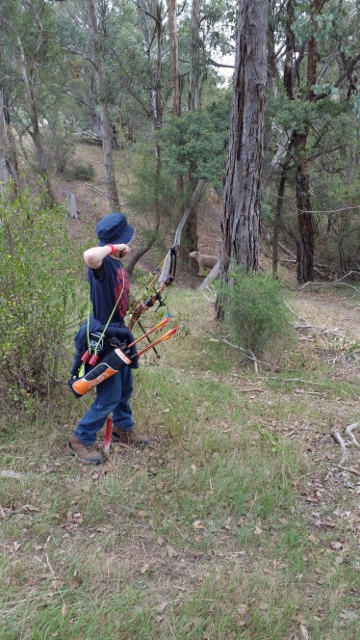 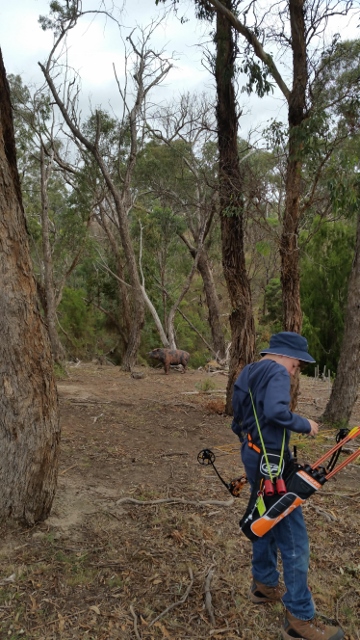 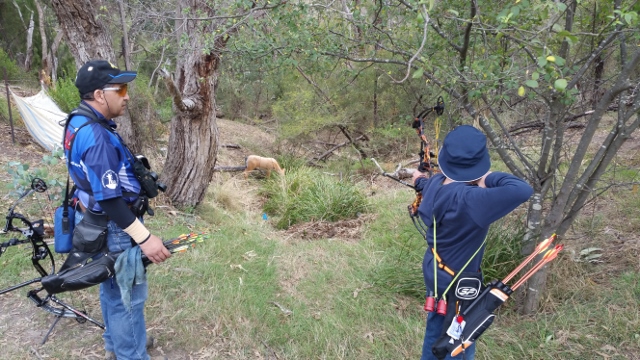 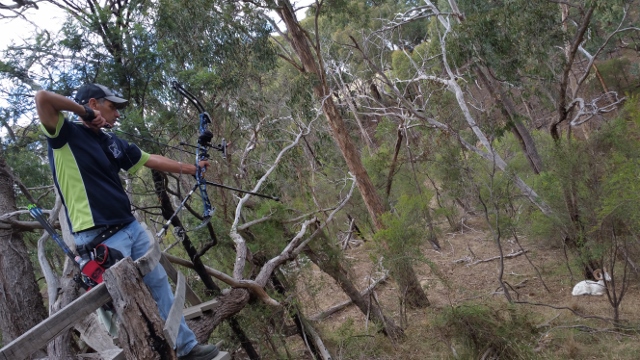 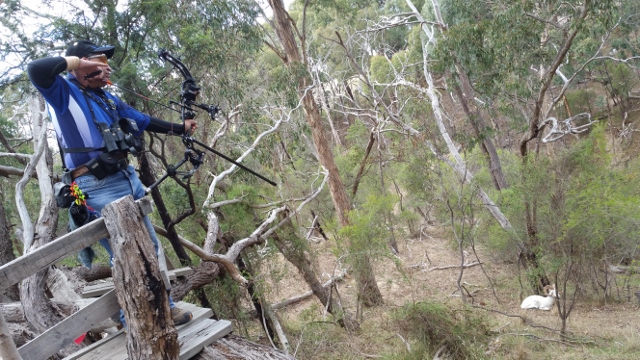 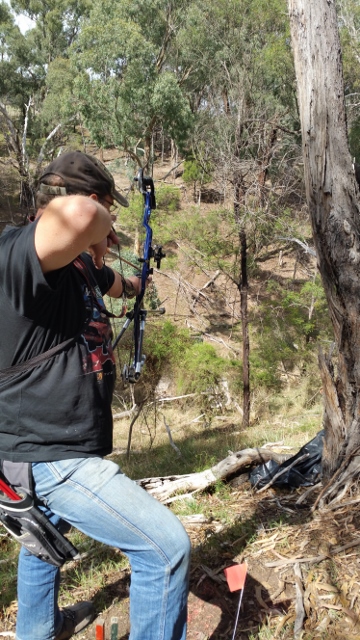 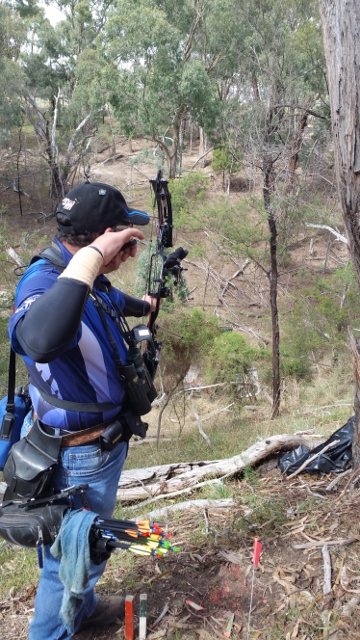 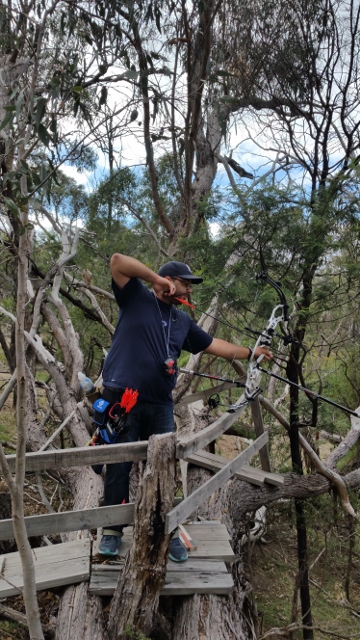 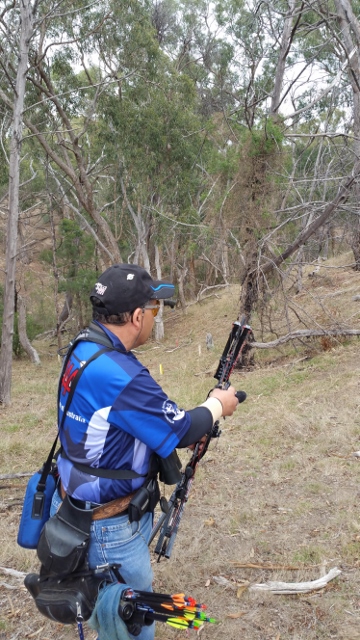 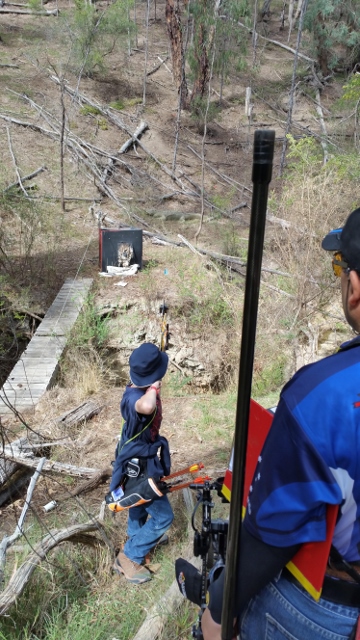 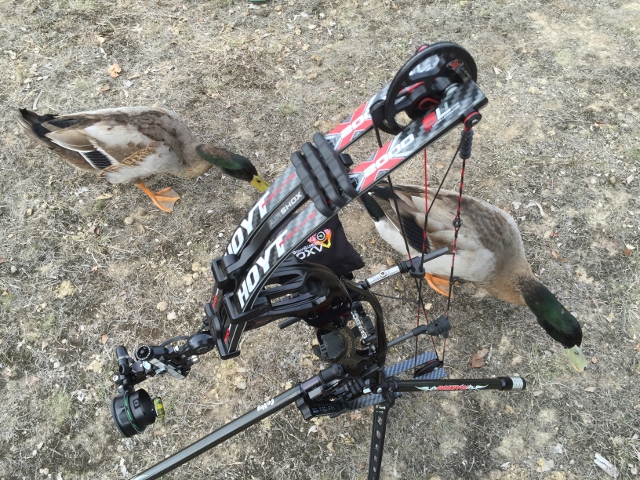 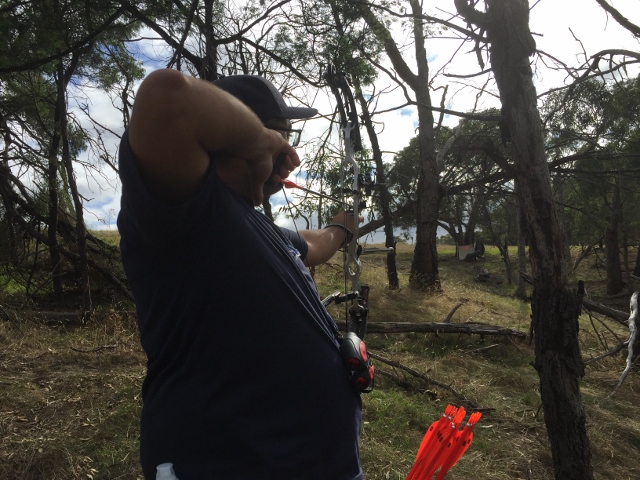 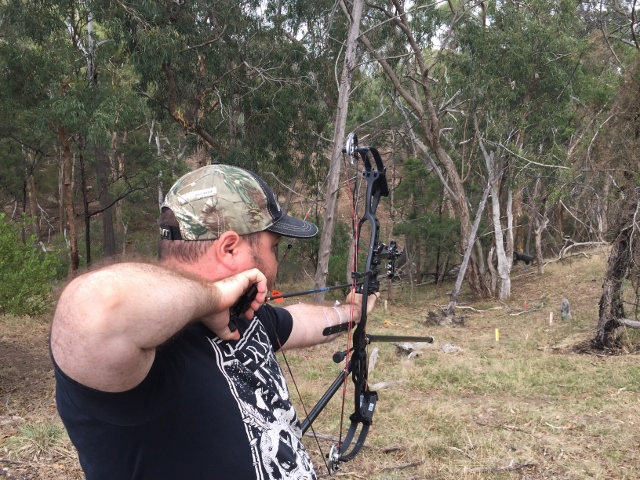 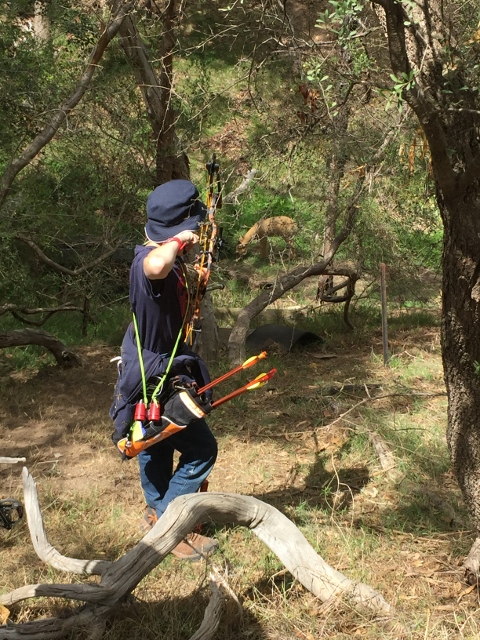 This is always a busy time of year, the planning was in place and the courses planned on paper as the days moved closer paper plans moved to actual setting of the courses and the walk throughs.

The day arrived all too soon and in a very short time the members were turning up excited about the event ahead, the weather put on its finest and sunshine and blue skies created an expectation of some good shooting.

Saturday saw the archers take to the range early after a few spot checks were done, our course is set across a gully and the ranges are set across this landscape which creates interesting shot placement, even close targets can be deceptive.

The local wild life presented itself as two very friendly ducks did some fine tuning to bows as we entered the course, kangaroos sat in the shade as spectators and watched with amusement as we moved through the ranges.

While the cubs enjoyed the challenge, the course was certainly a long one for them, but a credit to them all, they shot all 30 targets.

Shot placement was the key as we did not want to max out ranges, and even experienced archers realised they could miss the 10 on relatively close targets that appeared to be too far or at times too close.

The feeding deer in the creek bed with the archer taking the shot from uphill and through a window created naturally from natural flora in the area made some think twice as they placed themselves for the shot.

Moving down the course saw the tree stand shot, a bedded ram ((white) this meant balance and concentration was a must, a few more points gained and lost on this one.

Now for the crocodile set across the creek bed shot from uphill, that made the shot look like it was at max, but was it? Most felt a sense of relief if they heard the familiar thump of a target being hit, others saw / heard their arrows to their surprise sail over its back and into the bank at the back.

The last few targets we could hear the immortalised words of “I think I’ll go home now” come across to keep the humour up as we moved across the ranges.

Day one saw archers return to the club house for lunch and refreshments reflect on their scores and plan for day two.

The DVA team was already heading out after a quick lunch to relay the ranges for the next 20 targets with a mixture of duties the team is working on different tasks at different targets, and this makes for the different shots we get across this challenging terrain.

Tammy and Adam have a bet going on who gets the better score on the Saturday and they then have to do something different – well this week end Adam lost (again) last time it was to wear a tutu (pink) for the Sunday event, this one a nappy – well it all part of the fun, but is hard to concentrate when you are trying to give archers directions to on and off the courses and have an archer in nappies standing there – entertainment plus – not sure what will take place at the next event?

Sunday saw another great day for 3D Archery, slight breeze and a slightly overcast day that meant temperatures were in the mid- 20s, a quick look over the course and we were ready to go.

By 9:00am the ranges were again a buzz with archers as they made their way to the ranges, some still remembering the walk the previous day had done to test their stamina.

The new ranges had changed targets pegs and distances or were they? The Turkey now under 10 meters saw archers rechecking their ability to shoot at this distance, some cheered some gave the Turkey colourful new names.

The leopard in the creek bed created shadows and spots that had archers seeing a few more spots than were not on the leopard. As with each target there were once again moment of surprise and relief as archers took on the challenge of the ranges and the targets set out by the range setters.

3D Archery, while creating an atmosphere of competition it also creates one where great discussions take place across the ranges. This can be seen as archers joke with one another from target to target, and discuss all manner of things, new shoots coming up past one and their current shooting.

All too soon just as quickly as the events date came it was now becoming a passing event as we gathered for presentations.

As the event draws to a close discussions had already started on where the next event is to take place and how archers will meet there again.

A thankyou to the Diamond Valley Archers team that planned and set the event up, and a as always a thankyou to all the competitors that turned up to make this an enjoyable event.