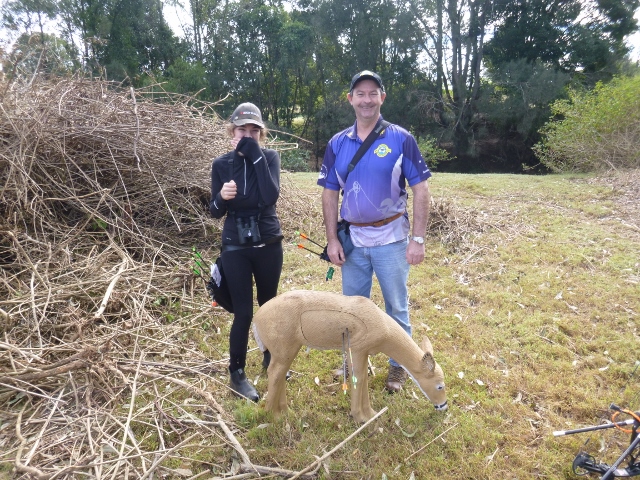 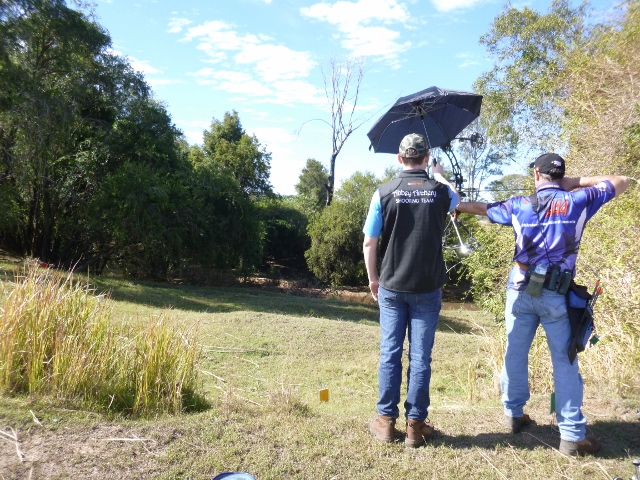 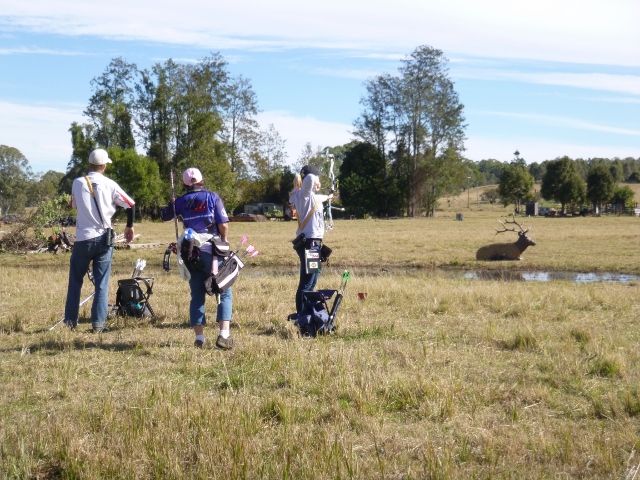 Casino is a ‘not so small’ town of around 10000 people situated on the banks of the Richmond River. A few kilometres to the south of Casino is the club of the Northern Rivers Field Archers, who hold the State of Origin each year. At the annual State of Origin, NSW and QLD face-off in a fierce battle to determine who is the superior state.

Held on the long weekend of June, the State of Origin is classed as a national event, and it is the second event to be held by the Northern Rivers Field Archers in 2016. Being a national event, makes it a ‘must go’ on the shoot calendar for many archers. Again, this year the State of Origin did not disappoint, drawing over 180 shooters eager to prove their state the better.

The grounds of the Northern Rivers Field Archers are open with scattered patches of dense bushland. Small, rolling hills provide plentiful dead ground, something the range setters made full use of. The week before, small creeks had broken their banks due to the extreme weather, rendering previously set courses damaged beyond use. However, the quickly-set ranges still did not disappoint.

Saturday morning was cooler than some expected, with many choosing to linger by their campfires and make their way onto the ranges later in the morning. The day warmed up slowly, but remained clear, making for excellent shooting weather. The hours went by at a leisurely pace, with most archers choosing to take the scenic route and shoot the ranges furthest from camp.

Sunday began clear and warm. However, many still took their time at making it out onto range. As the day moved on, the weather began to threaten rain. However, to the relief of many archers, this never eventuated. The wind did pick up as the day moved on, making for even more challenging open shots for those who had decided on a later start. As always, a fair number of arrows went for a dip in the water, with those recovered being handed out to their grateful owners when everyone gathered together for the main event of the weekend – the traditional NSW vs QLD shoot-off.

Coming into the shoot-off on Sunday afternoon, NSW held a convincing lead. Unfortunately, QLD did not have the numbers for the unaided shoot-off, with a team of only four, but they fared better in the aided shoot-off. This was still to no avail, as NSW powered home, winning the State of Origin. Again. Congratulations, NSW, for a battle well fought – and to QLD, too, for their valiant attempt. We look forward to meeting you on the battlefield again next year.

The range setters definitely did not win this battle, however, with a total of 18 perfect rounds being shot, as well as three double perfects. An equally impressive eight records were also set with some of these magnificent scores. The ranges setters still need to be congratulated for their fantastic work in such little time. Many people found the ranges quite fun, making for an enjoyable weekend.

A special congratulations also to David Unwin, who celebrated his 50th birthday over the long weekend. Happy Birthday, Dave.

The efforts of the Northern Rivers Field Archers are much appreciated for their great work, especially in such a short amount of time. Hopefully the weather is kinder next year.

The next shoot on the 3DAAA calendar is being held by Hinterland on the weekend of the 2nd and 3rd July, this being the 2nd QLD shoot for 2016 we think it will be well attended. The next NSW shoot on the 3DAAA calendar is Gunnedah Arrow Slingers. This will be the first sanctioned shoot held by the club, and we are assured that it will be a great event for all. It will be held on the weekend of the 9th and 10th July. Also that weekend Victoria have their State Titles being held at DVA.

– hope to see you all there.