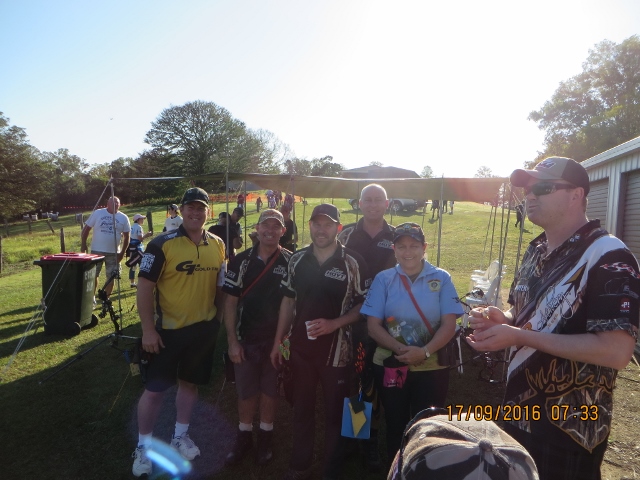 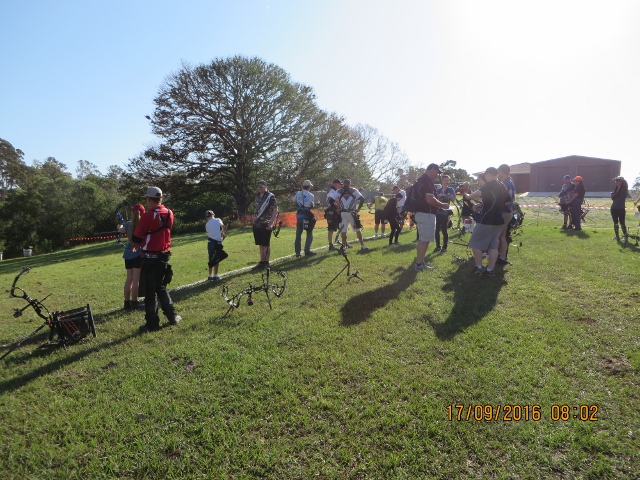 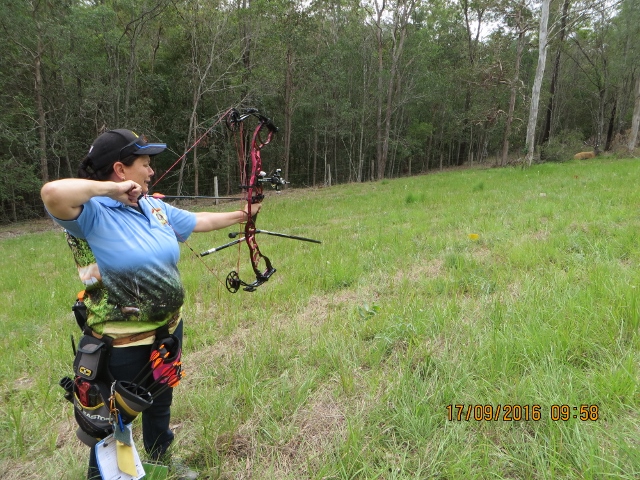 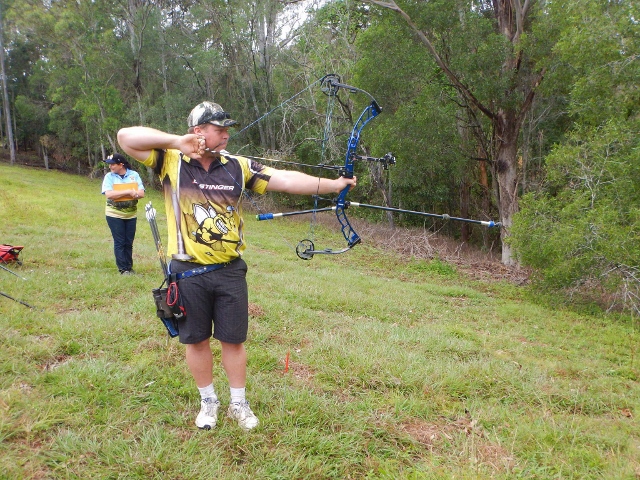 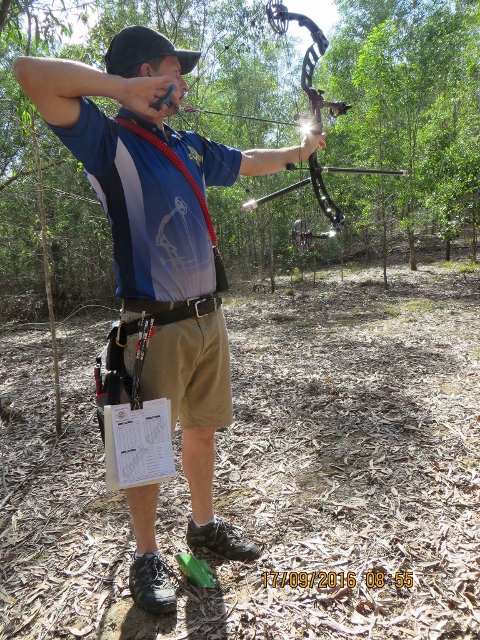 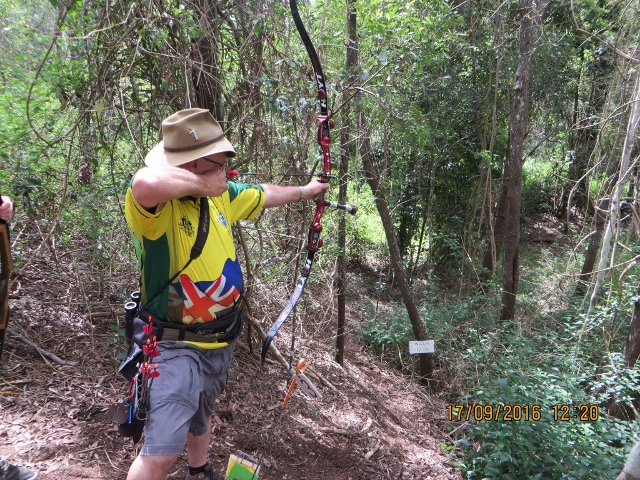 Caboolture & District Bowmen, located just south of the beautiful Sunshine Coast in the sunny state of Queensland held the last 2016 Qld State Series Shoot on 17 & 18 September. The shoot was held off club grounds with some challenging courses set by our conniving and devious band of rangesetters…..but unfortunately not as conniving as they thought, with a few 100s being shoot over the weekend. The shoot saw some 80 odd shooters attend the event coming from as far north as Emerald, west from Roma and also of course all of our southern archers. It was great to see some familiar faces and some new ones as well, young and the young-at-heart and some from other archery affiliations.

The club’s band of helpers (including some of younger youth members) started work on the courses on the property at Moorina weeks and weeks before the shoot, plotting and scheming, dreaming to not have any of those perfect 100s shot. Much preparation is needed for these such events particularly when the shoots are held off club grounds, from the cartage of targets, whipper snippers, chainsaws, eskies, tables, chairs, toilet facilities, shade gazebos, BBQ, urns, pie warmer, water, food, beverages, just to name a few…. you name it we transported it to the site.

The courses set for the Saturday and Sunday were implausible and challenging and among the many comments we heard over the weekend, the courses certainly created some enlightening shooting, testing the archer’s skills no matter what discipline they shot. Targets being shot uphill, downhill, across gullies, in amongst the lantana, in the timbered scrub and some even out in the open….made you wonder what the next target was going to be as you progressed through the ranges……try and think like the rangesetters you say!!!!!… sometimes near impossible!!!!

But its not only the courses that needed our attention but the need to tantalise the tastebuds as well, with the tasty and scrumptious array of food that was provided in the canteen. The canteen facilities were certainly well catered for and Cathy and her band of helpers did a magnificent job with the food and drink arrangements.  The food all weekend was exemplary and we were completely spoilt especially with the ‘Gour-met’ Hot Dogs served up on Sunday and also with the eskies stacked with plenty of cold drinks all weekend.

As for the shooting, well there certainly were many great scores shot on the Saturday and Sunday, with 3 archers shooting 2 x 100s for the weekend. The courses were a combination of long and short shots, a good mix – they got you thinking and you had to be on your game. Three courses set for the Saturday and then two were created for the Sunday, set amongst the hills and the gullies with the many varying target types, it was well planned out.

Saturday saw a sunny day making it a pleasure to be in the undulating hills and bushland, doing something we all love doing – shooting arrows….BUT… then on Sunday saw a different day….the traditional style of weather that Caboolture turns on at times (but tries not to make a habit of it)…..raining!!!!! I don’t think there is ever a major Caboolture shoot where it isn’t dry all weekend long.  BUT…. does that stop us from shooting…. It sure doesn’t!!!  All the more challenging I say….. The rain on Sunday made for some slippery courses, and aside from a few slips in the muddy trails, there weren’t any major accidents.  All of that aside it really was a fantastic shoot in some of the beautiful landscape that the area has to offer.

The Top 10 shoot offs were held on Sunday prior to the presentation with the ‘unsighted’ being won by Bernadette Teelow and the ‘sighted’ being won by Brett Pirlo. Well done and congratulations to all of the placegetters in their respective divisions and everyone else who shot in the competition. We thank you for attending our shoot, it was a pleasure to have you there and hope that you had a very enjoyable weekend of shooting.

So I think you will all agree that Caboolture Bowmen and their band of many helpers really did themselves and the club proud.  The club has always had a reputation of generating such a relaxed and friendly atmosphere and is always very welcoming to all….a club certainly to visit whenever you’re next in the neighbourhood.

In conclusion, Caboolture & District Bowmen has put on another fantastic event that has been enjoyed by all and their efforts are greatly appreciated.The last remaining shoots on the 2016 3DAAA calendar are: Mountain View Archers NSW on 1 & 2 October; Coffs Coast Archery Club NSW on 15 & 16 October and 3DAAA Nationals at Nambucca Heads NSW on 12 & 13 November.