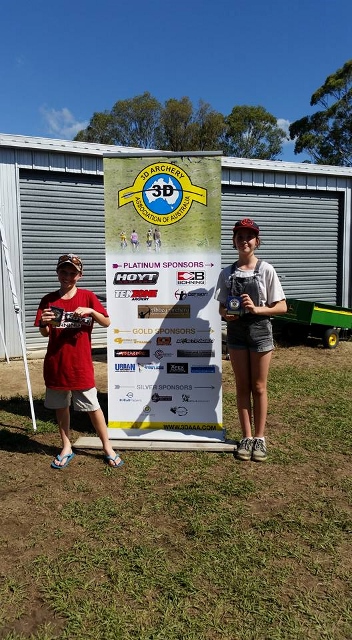 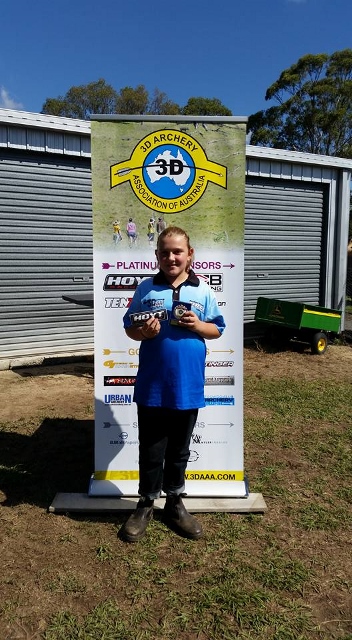 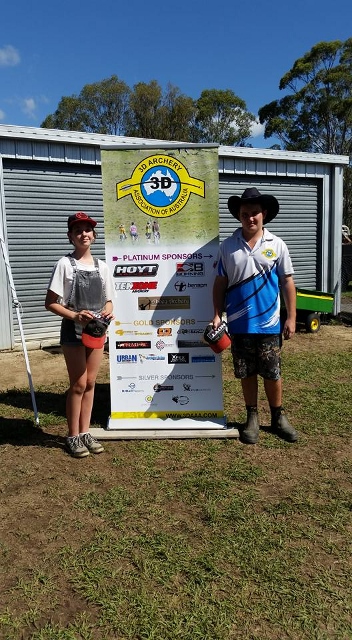 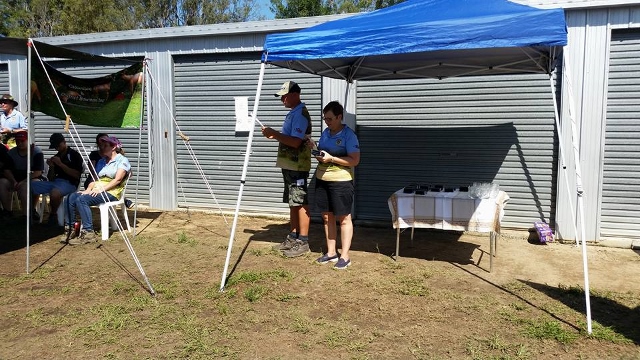 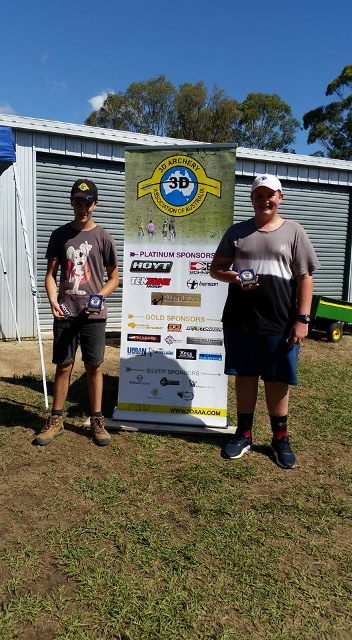 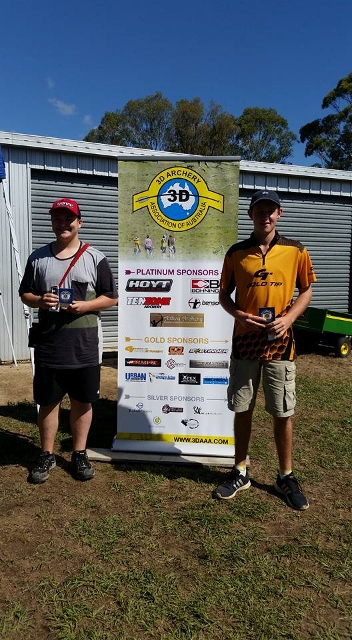 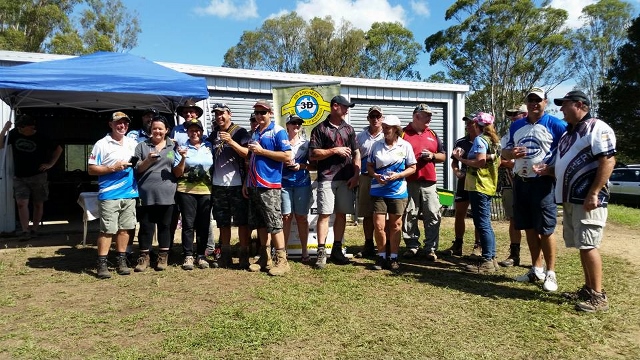 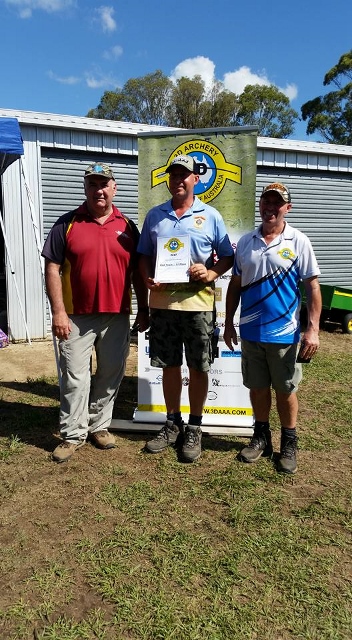 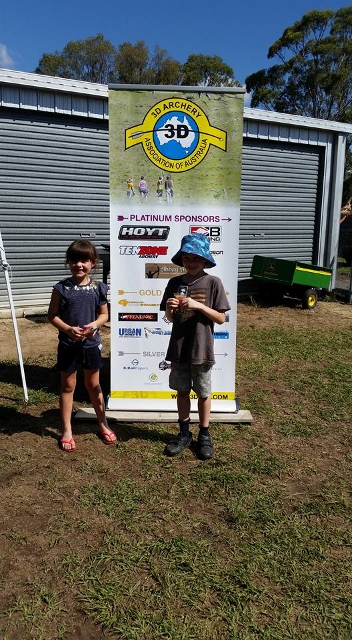 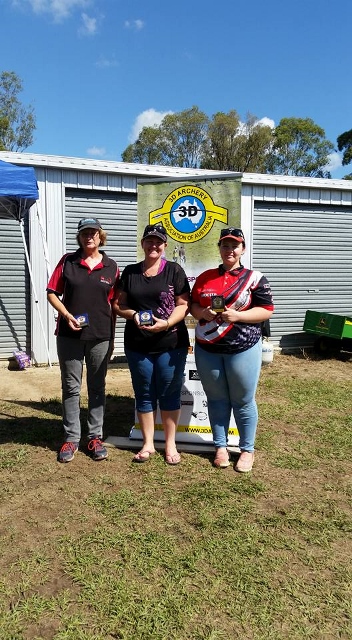 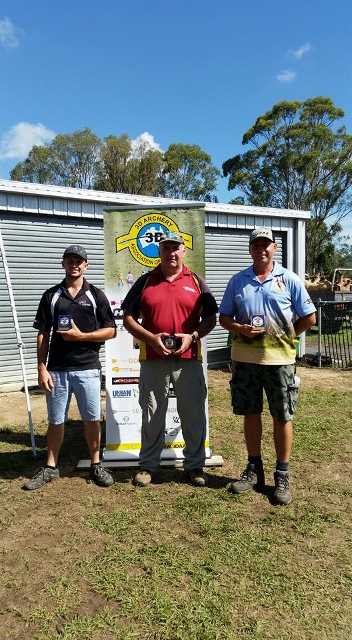 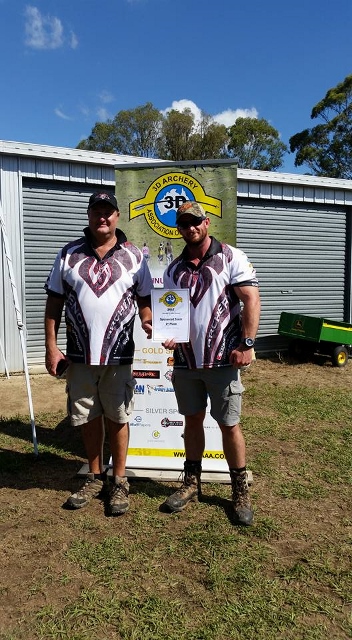 Well another great shoot hosted by Caboolture & District Bowmen. The shoot was held off club grounds again (thank you John & Heather for the use of the grounds again this year, always greatly appreciated) and the courses were set several weeks in advance. We all hoped that the weather gods would be kind to us this year knowing that we changed our shoot from September to March in the anticipation that we would be in a better position weather wise at that time of the year.  But Friday came and here were the set up crew huddled under a tarp where we saw 72mm of rain dropped in just 40 mins. There was a torrential river flowing near the canteen area and we could only imagine what it was like on the courses particularly the targets that were set in the gullies. When the bucketing rain was over the team could only say, in true Caboolture style, ‘Well gang, time to reset some of the those targets again’ (maybe there may have been a few more choice words added in there too??), but this could not be achieved properly till the next morning as some rains continued throughout the night. Very early the next morning saw the rain stopped and the crew go out to rearrange the targets so the shoot could go on. This meant delaying the start time to 8.30am to ensure the safety of all. Hey, but this didn’t stop the keenest of archers in attending the shoot. (…..we just thank our lucky stars that TC Debbie happened the week after the shoot and not on that weekend….phew!!!!).

Some of the targets located in the creek and gully areas could not be retrieved as they were under water. Well those targets just needed to wait to be rescued when the water subsided. New targets were set within the existing courses. And what courses they ended up to be – not hard courses but tricky and very challenging, as they always do. Had to really think about what you were shooting at given where and how those targets were positioned. That croc saw a few archers come unstuck and certainly did a few people’s heads in. Well done to the course setters and their band of helpers – job well done again – but still a few 100s being shoot over the weekend.

The shoot saw some 86 shooters attend the event.  Good to see all the familiar faces and new ones too come out and support the club. Saturday and Sunday saw sunny and steamy conditions but everyone came out and endured.

On the Saturday an archer’s string came off his cam, the other shooting team members assisted in getting the string back on the cam (not in a conventional style….. but with the aid of a snatch strap), so that the archer could continue shooting. How fantastic is that…. to see some camaraderie on the course and in the sport. Well done fellas

The canteen also provided a delectable array of food and drinks to satisfy those hungry and thirsty archers. Again another fantastic band of helpers did a magnificent job all weekend and might I say always with friendly and smiling faces behind the scenes.

The Top 10 shoot off was held on Sunday prior to the presentation in a slightly different style teaming 2 shooters together and having 10 teams. The scores of each team were totalled and the highest scoring team the winner, being Jason Van Hass and Elva Smith. Always good for clubs to try different styles of Top 10 Shoot offs, keeps it interesting and entertaining.  Well done and congratulations to all of the placegetters that achieved in their respective divisions and to everyone else who shot in the competition whether competitively or non-competitively. The Committee would like to thank you all for attending our shoot, it was a pleasure to have you there and hope you had an enjoyable weekend of shooting.