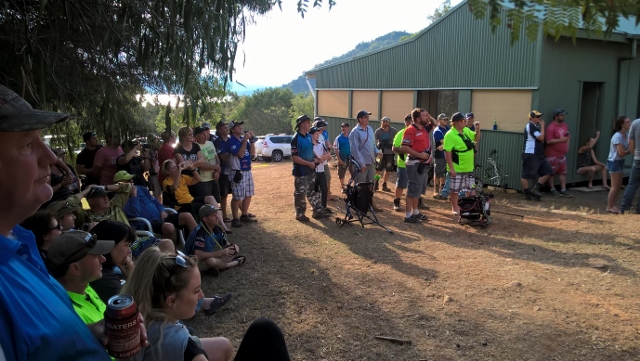 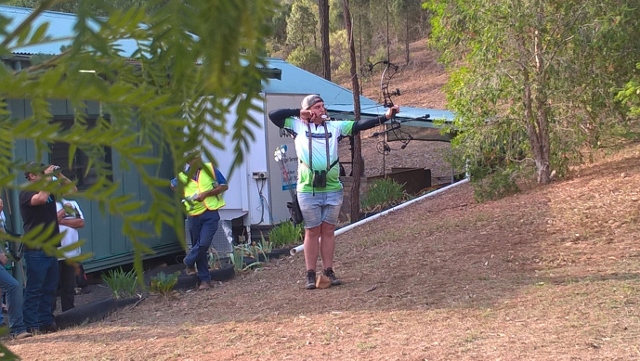 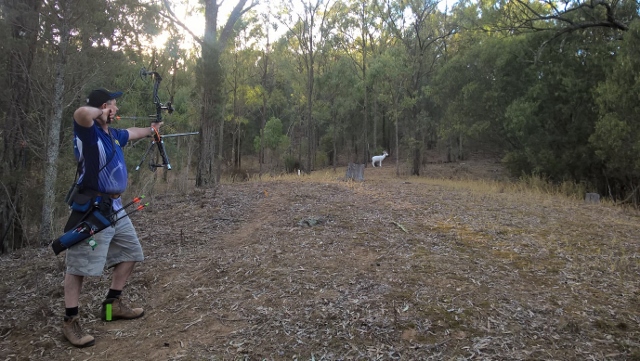 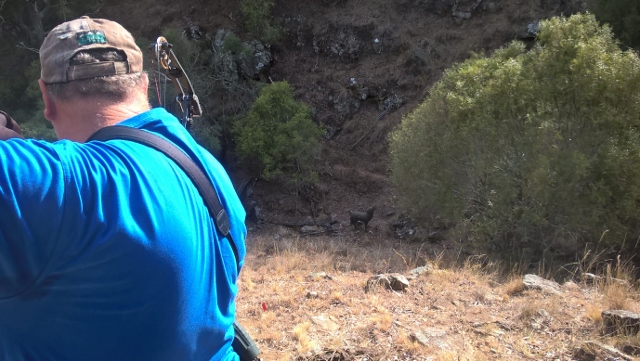 The second NSW shoot for 2016 was held by the Lake Glenbawn Field Archers at the Inland Waters Holiday Park, Lake Glenbawn, a fantastic place for a camping holiday. Located not far from the small country town of Scone, Lake Glenbawn was a much shorter drive for many NSW shooters than Bonalbo.

The club grounds are located on the eastern side of the lake, where the terrain gets progressively steeper, making it a great area for challenging hill shots – which the club delivered. The camping at the club grounds was minimal, but being a holiday park there were plenty of great camping spots available elsewhere. Many shooters chose to camp down by the Lake, where beautiful views are on offer.

The ranges were all set in the hills surrounding the club grounds, which made for some good walking. The bushland around the club varies from dense scrub to sparse trees, allowing a diverse and challenging mixture of shots. The ranges were well set and that perfect score eluded many. A small win for Glenbawn’s range setters.

Saturday began brisk, but many still headed out early to avoid the heat that would come later in the day. The skies were clear and the sun bright, making for a fantastic day, but making shots in heavily shaded areas difficult.

Come the Top-Ten later that Saturday, the sun was in full shine, making for great background lighting. A Top-Ten was held for the sighted shooters behind the club house, the targets positioned high on the hill above. It lasted several rounds, with young Jake Collins at last emerging victorious.

Sunday started out much warmer than Saturday, with a few less shooters choosing to make the early start. Many probably wished they had as the day got progressively hotter. However, an increase in temperature didn’t lessen people’s scores, nor did it detract from the top quality of the ranges.

Even though there weren’t many perfect scores shot, the results were still impressive. Congratulations should go to Simon Gallen and Matt Bradshaw, who achieved perfects despite the range setter’s best attempts. A second congratulations should also go to Matt for again managing to equal the highest Sunday score for his division.

Yet again the Lake Glenbawn club has put on another fantastic event that many enjoyed, and their efforts are greatly appreciated. The next NSW shoot on the 3DAAA calendar is Lake Macquarie Field Archers on the 21st and 22nd of May.